While Psychotherapy has had a relatively short history of a hundred years or so, the role of the psychotherapist reaches back through the murky mists of time to the earliest days of human existence, where we picture early man engaged in that age old endeavour of attempting to make whole the soul or inner being. Villagers who felt confused or worried about something would make the short journey through the mud and smoke to visit the wise-woman of the village to seek counsel and be helped to make a sensible decision based on the personal knowledge and life experience of the elder.

This situation remained largely unchained through the centuries until Sigmund Freud (1856 -1939) arrived on the scene. Freud was born into a Jewish family, firstly becoming a medical doctor but then quickly moving into Psychology. For most of his life he lived and worked in Vienna, Austria where he founded a system of Psychology which he called Psychoanalysis in 1896.

Psychology, Psychiatry and Psychoanalysis words all share the same link to the Greek word Psyche which means breath, soul or life. However Psychoanalysis was not yet for the masses and Freud’s patients were mostly from Viennese bourgeois society, which was very middle class, conservative and materialistic in it’s attitudes. Freud’s work largely centered on a person’s unconscious and he decided that there are three states of Consciousness. These being the `Conscious`– our awareness of all that is happening around us at any one time. The `Pre-conscious` – things like telephone numbers, addresses and car numbers, which are not present in our thoughts all the time but can be easily recalled when required. And lastly the `Unconscious`– information that is repressed and cannot easily be accessed.

Included here could be memories so terrible that they are pushed down and buried. Freud believed that the unconscious reveals itself in other ways and so he used therapy methods such as Dream Interpretation, Hypnosis, Free Association and the study of Parapraxes (Freudian slips) & jokes to unlock his patient’s innermost thoughts. His work remains the basis of various approaches used today by modern therapists and much of it has permeated into everyday language such as Freudian slip, Ego, Anal retentive & Oedipus complex amongst many others. Much of Freud’s early work was treating the ladies of Viennese society for `Hysteria` by way of hypnosis.

In modern times we think of hysteria as huge emotional trauma. Back in Freud’s time it meant a medical condition where a specific part of the body was targeted by very strong emotions. This could result in sleepwalking, paralysis, fits, memory loss, hallucinations, fainting and numbness in different parts of the body. His view was that neurotic symptoms were caused by repressed sexual experiences. Freud found Hysteria most interesting because the symptoms were so varied but oddly these symptoms would sometimes disappear altogether for no reason only then to return later. It was thought in those days that only women suffered from Hysteria, in fact in 1886 when Freud gave a lecture on Male Hysteria to the Vienna Society of Physicians he caused uproar. His lecture contained examples of Male Hysteria and this caused one surgeon to remark that because the word Hysteria referred to the uterus, it was not possible for a man to suffer in this way.

Unlike today’s modern counselling rooms which tend towards being rather neutral and bland, Freud’s room was said to be more like belonging to an archaeologist. There were ancient artifacts everywhere and the walls were covered with stone plaques showing scenes from ancient history. It makes perfect sense when we hear that Freud likened his love of archaeology with his work as a psychoanalyst. It’s easy to understand how he saw the uncovering of a person’s psyche, layer upon layer with the uncovering of ancient treasure. Today, most counsellors will use the onion analogy (stripping away layers of the psyche like layers of an onion) or a Russian Doll to demonstrate a person’s personality. As well as ancient artifacts in his room, Freud had fitted heavy curtains and thick warm carpets complemented by a number of large potted plants, maybe aspidistras in ornate jardinières. French windows led out to a small private courtyard.

It’s been said that Freud’s room was like a sanctuary for some people, where one could retreat from the hustle and bustle of modern life – a place where one could shelter from day to day problems, if only for a short time. This view of the counselling room can still apply today with the therapist who has taken the trouble to think out the interior of their therapy room. Today we see counsellors facing their clients; Freud on the other hand preferred to sit behind his patients, out of sight, to be less of a distraction. No doubt the patients sat or lay on a couch or chaise longue and it’s easy to picture the stereotypical view of a Victorian psychiatrist and patient.

Freud believed that these theories regarding how a child’s sexuality developed is indicative of the way a person’s whole personality develops but it’s worth remembering that Freud’s definition of `sexual` was much wider than just sex itself.

In January 1933, the Nazis took control of Germany and Freud’s books were high on the list of those being burnt and destroyed. Undaunted, Freud quipped “What progress we are making. In the middle ages they would have burned me. Now, they are content with burning my books.” All through this time Freud continued to underestimate the Nazi threat and stayed determined to remain in Vienna, even after Austria was annexed.

However as events unfolded it became clear that he and his family had to leave and so on 4 June 1938 Freud caught the Orient Express from his beloved Vienna, fleeing the Nazis and the horrors of the Holocaust for the comparative safety of London. Sigmund Freud died on 23 September 1939 after a long battle with cancer. Although Freud’s work has evolved and has been adapted by present day Psychodynamic and Integrative therapists, it still remains the basis of Counselling and Psychotherapy in the modern day and its value cannot be overstated. Freud remains the Father of Psychotherapy and the reason you are reading this piece today.

When I started to research the question of what’s on offer in the field of counselling in and around Somerset, I was surprised and heartened by my findings. For it seems that anyone looking for a counsellor in Somerset and surrounding areas will find a rich selection of counsellors and psychotherapists offering a wide range of approaches and therapies. We are fortunate indeed to have on our doorstep many historically important, economically expanding and very pleasant towns.

These include Axbridge, Bridgwater, Burnham on Sea, Chard, Cheddar, Crewkerne, Frome, Glastonbury, Ilminster, Langport, Midsomer Norton, Minehead, Shepton Mallet, Somerton, Taunton, Watchet, Wellington, Wincanton, Winsford, Wiveliscombe and Yeovil and not forgetting the beautiful cities of Bath and Wells. Each one of these areas will have various therapists.

This may be situated with a counselling practice, a drug and alcohol rehabilitation centre, college or school, in fact anywhere that counselling takes place and where it’s suitable for a student counsellor to work. A three way contract is then drawn up between the college, the student and the placement organisation. The student then works part time at the placement to complete the required number of hours for the course. Therefore as we examine what counselling is available in Somerset, it’s worth remembering that quite a few of the counsellors we see operating will be students working voluntarily to gain experience and to complete their `hours`.

A clue to this is sometimes in the low cost of the counselling. There has always been some debate as to the impact of the voluntary sector on professional counselling practices who strive to maintain a viable business. It’s fairly safe to say that Somerset with it’s mix of impressive busy bustling towns, villages and lovely countryside will be able to offer the counselling client a good choice of counselling methods.

It’s likely that therapists working in many of the major approaches will be able to be found locally without much difficultly. These will probably include Psychodynamic, Person Centred, Integrative, Cognitive Behavioural Therapy (CBT) Psychosynthesis and Existential, among many others. It’s said that the fasted growing approach over the last few years has been Integrative.

The benefits of the Integrative approach include the fact that it draws from the major orientations previously mentioned. It does this not in an eclectic way like pulling a tool from a toolbox but instead Integrative stands as a approach in it’s own right. While clients may be looking for support in stress & anger, low self esteem, low confidence & feelings of failure, anxiety, depression, feeling isolated lonely, suicidal, bereavement, addictions and obsessions, couples might be looking for help in their relationship.

This would require a specialist counsellor, trained in relationship and couples counselling. A good place to start when looking for a counsellor or psychotherapist is to visit the BACP website and click on `seeking a therapist`. By simply entering one’s postcode, a list of counsellors who are BACP members and who work within the BACP ethical framework will appear. 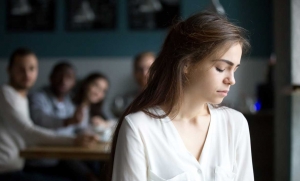 When we confide in a friend or family member there’s a chance that person will feel some responsibility for the talker’s situation. This in turn will colour the listener’s response and possibly cause the talker to hold back and not to let it all out, for fear of upsetting the listener. For example – a daughter attempts to talk to her Mother about her unhappiness and homesickness while away at University. The daughter feels it was a huge mistake to have gone and wishes she had taken a job near home instead.

The Mother is aware of the financial sacrifices her husband and herself have made to provide this opportunity for their daughter and feels hurt by her apparent ungratefulness. The daughter’s attempt to talk to her Mother about her unhappiness ends in a heated argument and she decides not to broach the subject again. Alternately, if the daughter had seen a professional counsellor things would almost certainly have been different.

One reason for this is that counsellors and psychotherapists are not personally connected to their client’s story. A good therapist will be genuinely interested in their client, empathic and non-judgmental and do their best to help their client, while not advising them or telling them what to do. It’s all a question of support – support while the client explores their thoughts and feelings. Support to maybe see things differently and support in working towards resolving their situation. All in a confidential and private setting.

Imagine yourself in a town far away from home. You have something on your mind which is worrying you. You walk in the park to think things over and stop for a while on a bench, where you get into conversation with a total stranger. The stranger seems understanding and interested in you and you trust them. You pour your heart out to them and talk of things you could never tell your family or friends. This is a little of how it is with counselling – there’s no past, there’s no guilt – the counsellor is maybe the perfect stranger.